Located in the most historically significant area of Santorini, which in ancient times was among the sacred places of the island.

Your patronage helps us keep the area undeveloped and preserved for future generations to enjoy and explore. 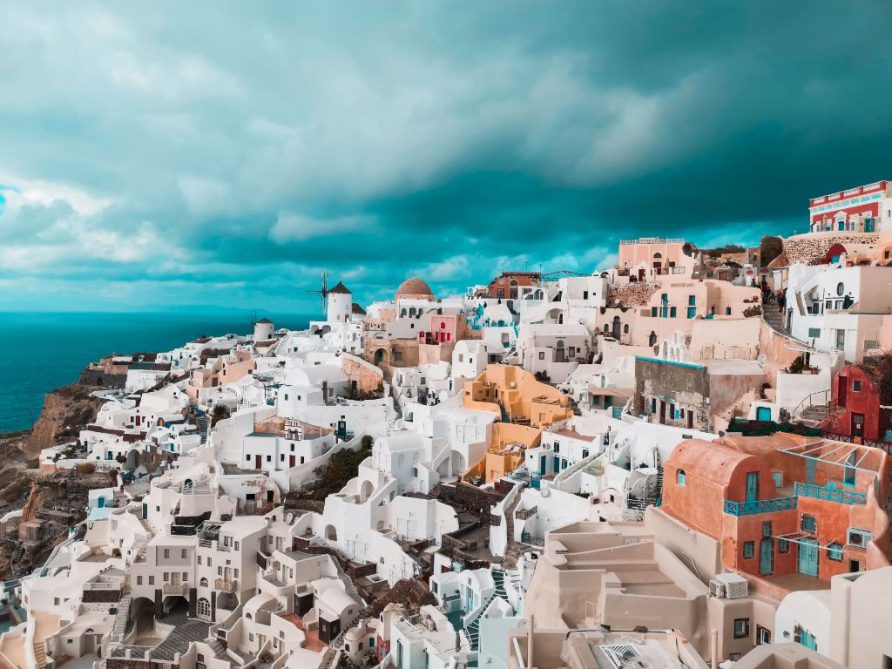 Santorini is connected by air and sea to the rest of Greece as well as some European cities in the summer.

Because of the number of permanent residents and the fact that more and more tourists are choosing to visit Santorini during the off season, you will find both flights and ferry connections all year-round with no problem.

Winter ferries to Santorini depart Piraeus port daily, however, weather conditions can impact the schedule. Northerly winds can make docking on the harbor impossible during certain days so last minute delays or cancellations are not unheard of.

While in the summer months the fast ferries can make the journey in under 5 hours in the winter expect no less than 8 hours. The Blue Star Ferries line that departs early in the morning is the best option for travellers as it takes around 8 hours and you can arrive on the island just in time for check in. This route runs 7 days a week all year round, bringing in supplies and stopping at Paros, Naxos and Ios along the way.

Zante Ferries operates on a similar schedule, however, this route is longer. (12 hours) The passage is a great opportunity to soak in the Aegean but it might not be suitable for those that are pressed for time and have only a few days to spend in Santorini.

Alternatively, ferries depart later in the day from Piraeus as well, taking an average of 8-10 hours, that arrive very early in the morning. For adventurous souls or those travelling light, this is a great option for starting your trip with a beautiful sunrise. Prepare to seek refuge in a cafe for a few hours or walk around until something is open. Shop hours are limited during the winter in general so do not be surprised if there are limited to no options outside of the main centre of Fira.

There are flights all year round, primarily from Athens. Low cost airlines like Volotea and Ryanair offer very competitively priced tickets from Athens, but do remember that they don’t include checked-in baggage which you might need for your warmer and bulkier clothes.

There is generally less flights cancelled during the winter due to bad weather, and the pilots are very experienced in navigating the windy and narrow air strips to the island. Do prepare for a bumpy ride though and a dramatic landing.